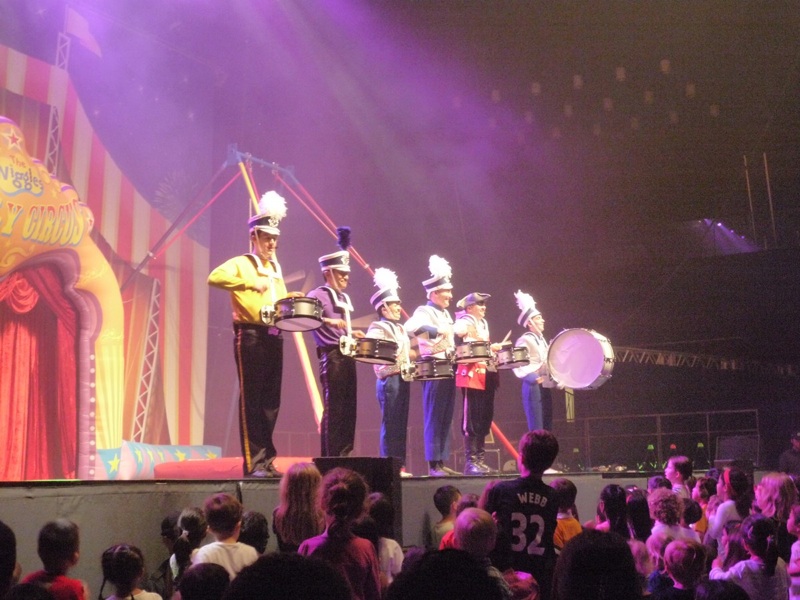 We took kids to the beach in the morning. Then, we told the kids we were taking them somewhere after a late lunch at the hotel. So, we arrived at the venue and was hoping the kids would pick up on hints everywhere with kids everywhere mostly wearing The Wiggles clothes on. But somehow they seemed overwhelmed with so many things going on.

Only after we have actually gone inside and found our front row seats did the whole excitement set in. Both Simon and I were of course excited and happy for the kids.

The concert was a blast! The kids were in front of the stage dancing and singing esp. since they know ALL the music!

Of course, as we have seen a few DVDs of The Wiggles in concert, we expected kids and parents going up to the front, too. However, we just couldn’t believe how so inconsiderate some parents were! They practically stood in front of us oblivious (and totally selfish!) that there were people watching the concert behind them! Simon just was not very forgiving about it and shouted at them to sit down but somehow a few minutes later, there they were again blocking everyone’s view! (SIGH!)

Important thing was the kids were happy even though we weren’t.